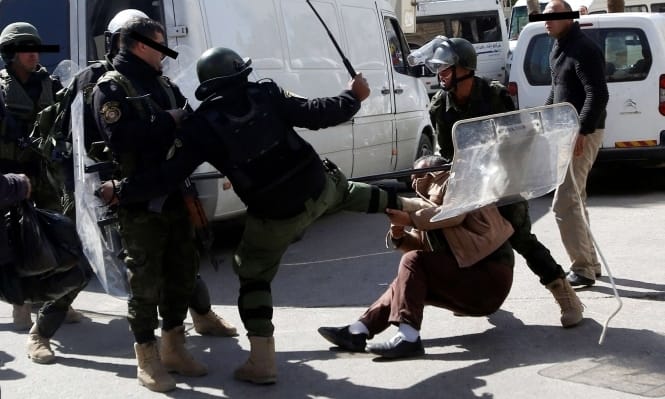 The Palestinians welcomed 2021 with Presidential Decree No(5) to enhance public freedomsو and ensure political affiliation and action without persecution or restrictions. And legal criminalizing political detention confirming the provisions of the Palestinian Basic Law. And what the Palestinian Authority signed when it joined international agreements on human rights and freedom of opinion and expression.

Despite the support and protection of freedoms that the Palestinian government emphasized since the beginning of this year to stop prosecuting any journalist or activist based on his work or political activity, 2021 recorded an escalation in human rights violations. The Lawyers for justice group monitored more than 340 arrests cases, including activists, academics, university students, journalists, and human rights defenders.

As the world is welcoming the new year, 45 detainees are absent from their families; they are languishing in the prisons of the security services due to their political and student activity and their right to opinion and expression.

The rate of arrests based on opinion and political affiliation increased after the postponement of the legislative elections on April 29, and the events in the Palestinian territories in May, and the assassination of opposition activist Nizar Banat on June 24 this year, and the subsequent demonstrations condemning the assassination. Moreover, in a previous report, the Lawyers for Justice group revealed that they monitored more than 200 cases of political and opinion-based arrests in the period between May \ November.

Lawyers for Justice bids farewell to the year 2021, as it turns into one of the most brutal years of repression of freedoms and the rights of opinion and expression. And it is anxiously awaiting the new year, hoping to preserve and maintain the Palestinians rights of political affiliation and freedom of expression as guaranteed by the Palestinian Basic Law and the international human rights agreements to which Palestine is a party.