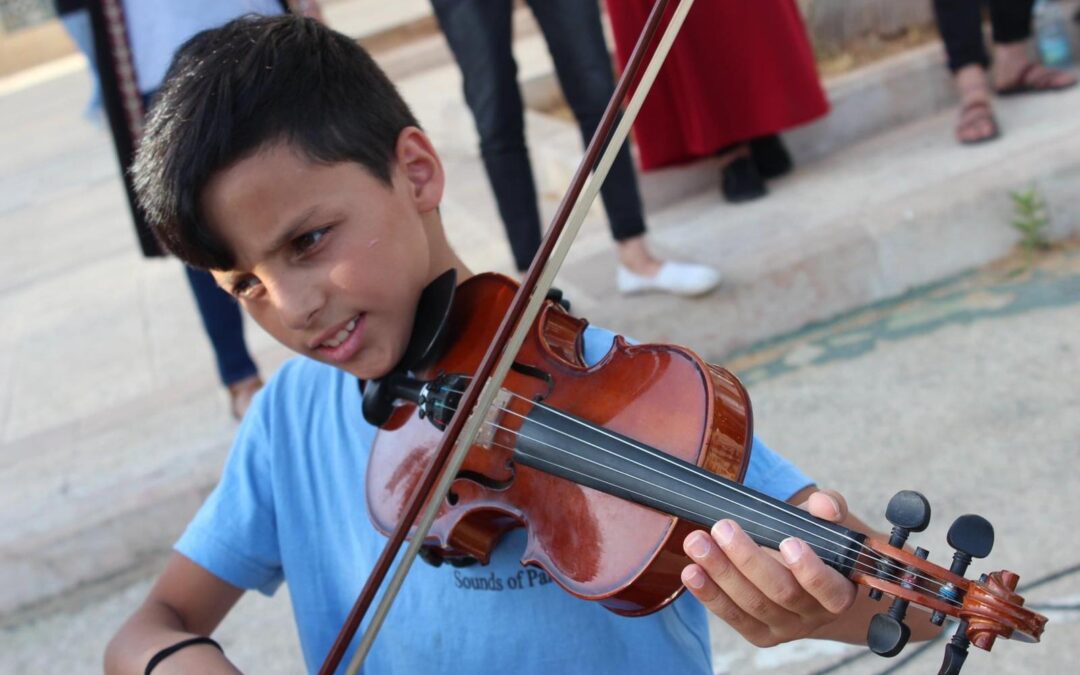 Athal Al-Azzeh has not yet completed his 14th years old, when the Israeli occupation forces kidnaped him, robed his freedom and talent of music and arts, turn it into an urgent call for freedom from behind bars.

On Friday, April 15, 2022, Athal was heading to Al’azzeh refugee camp in the city of Bethlehem to tell his grandmother: “come break your fast in our house”. When he coincidently ran into one of the most powerful army in the world, he was crossing the street to inter Azzeh camp where his grandmother live, when he was terrified, by the mass scene of armed soldiers kidnaping him, carrying him away from his childhood to nowhere, his screaming of leaving me alone, I did not do anything, did not move any human conscious inside the soldiers, brutally and arbitrary arrested him.

At this time, Athal’s family had no idea of their son’s fate, until at later time the Palestinian military liaison office have informed them the terrible news “ your son athal, had been taken by the Israeli soldiers to unknown location.” His mother could not take it, the fear and sad was the master of the situation. Hours later, an Israeli investigator called from an anonymous number, telling the father “I am the interrogator for your son Athal, your son under interrogation at Ataroot interrogation center”, the father had the chance to talk with the child for two minutes on the phone before the phone get cut off. Athal is still detained until this moment, his fault that he was born to a Palestinian parents, with the traces of being beaten-up on his body during the arrest and interrogation, he walked into the court of Ofer where his father and mother saw on his nick and face the signs of torture that he was subjected to during his imprisonment.