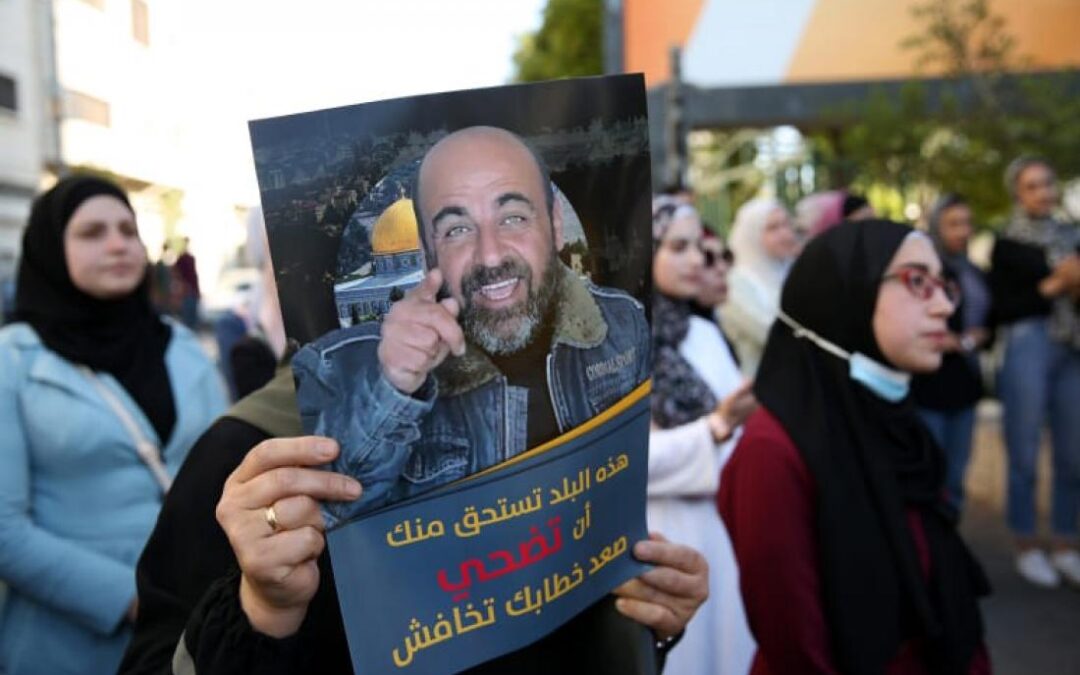 The trial number 23d for the accused in assassination of the political activist Nizar Banat held yesterday in the military court in Ramallah, noting that he was killed in early morning of 24th, June 2021, after being beaten excessively by Palestinian Security Forces, with batons and pepper spray while he was asleep to arrest him for practicing his right to critisize and free speech earlier in his life.

The trial held with attending of all the 14 accused in this case and the defense lawyer, in addition of group of local and international Human Rights organizations, with absence of the victim’s family and their lawyer, after they have declared boycotting the trial procedures for suspicion of the court integrity and seriousness, when they got news about the accused in this case receiving facilities, that would allow them to leave prison to spend time with their families without a judicial decision to release them.

Lawyers for Justice group attended the trial in the context of its work in monitoring the trial procedures in this case, the group also observes in this report the main terms about what happened in the trial:

At the end of the trial, the court decided to postpone it until 29/5/2022, pending on what was assigned to the defendants’ attorney.