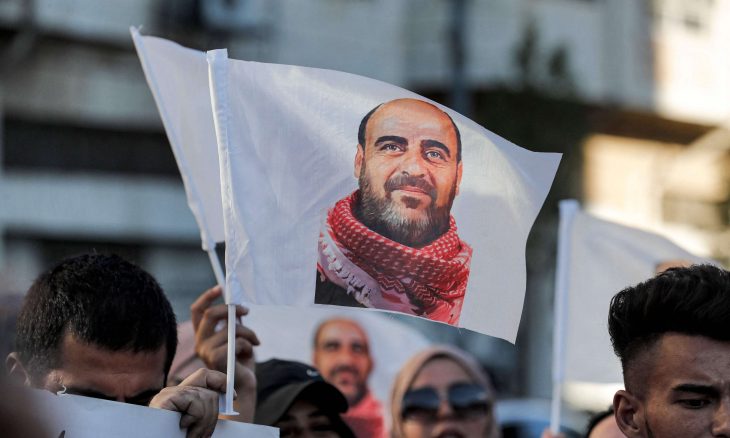 The trial session of the 14 whom are accused in the case of the assassination of the critic and political activist Nizar Banat; was held this morning, 03/07/2022, in the Military Court in Ramallah.

All the accused were present, the defense attorney, a representative of Lawyers for Justice, and representatives of two other institutions, one local and one international to cover the progress of the trial. And It is worth noting that this is the first session a year after the assassination of Banat.

And to expedite the completion of the trial, according to the defense attorney; He dispensed with the witness he had presented before (Major-General in Security), also he asked the court to give him a time limit, so that he and the competent authorities could bring an international expert from outside Palestine to present it as one of his evidence.

The details of the expert’s name and address were not disclosed, due to the sensitivity of the expert’s name and to prevent any influence of public opinion on the expert. Then the defense attorney gave a copy of the letter in which the details of the international expert were included to the court, and asked them to reserve the letter, and include it in the trial papers without anyone viewing it. He also asked the court to assist in the procedures for bringing the international expert to Palestine, which needs time up to two months, and also for his desire to benefit from the judicial leave from 15/07/2022 until 01/09/2022.

The court agreed to the defense attorney’s request that the next session be the last period for summoning witnesses from his side, thus, the next session will be on Tuesday, 06/09/2022 at 10:00 am.