The General Intelligence prevents to publish a book for a prisoner 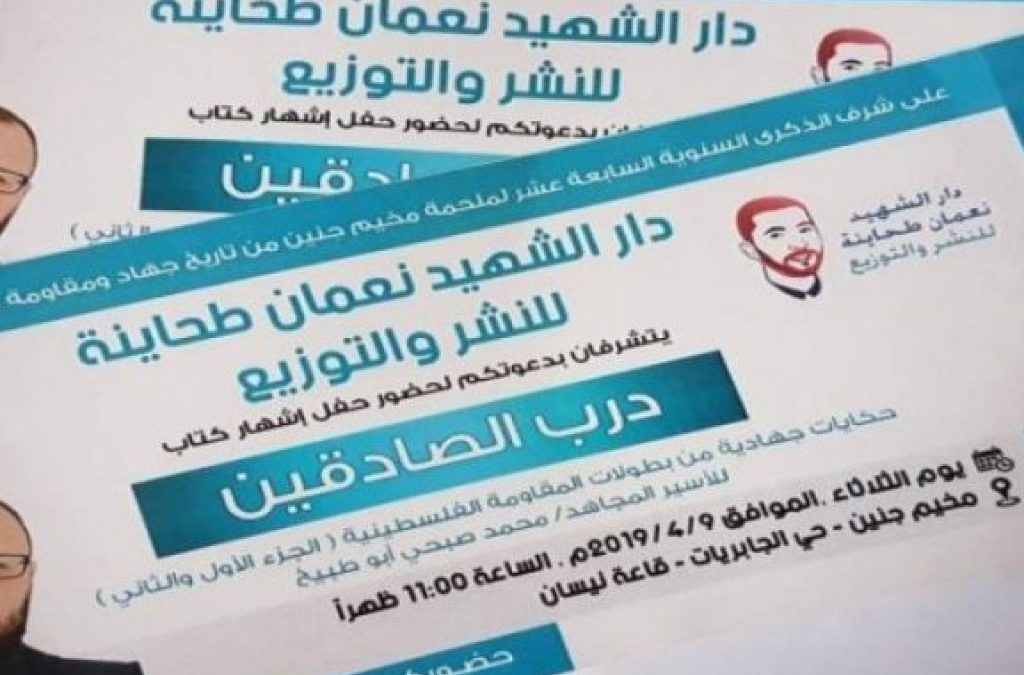 The General Intelligence Service has banned the publication of the prisoner’s book “The Path of the Truthful” in the Israeli jails, Mohammed Subhi Abu Tabikh.

One of the printing presses in Beitunia refused to publish the book in Palestinian libraries after the families of the prisoners went to it under the pretext, and there was a decision by the General Intelligence in Ramallah to prevent the publication and the distribution.

Lawyers for Justice had applied to the Attorney General to allow the publication of the book as partly affecting the right to culture and education.

Whereas, banning the publication of the book violates the principles protected by Palestine, by preserving the cultural situation of Palestinian prisoners inside the Israeli jails. Abu Tabikh has spent more than 15 years in Israeli jails and is sentenced to life in prison.