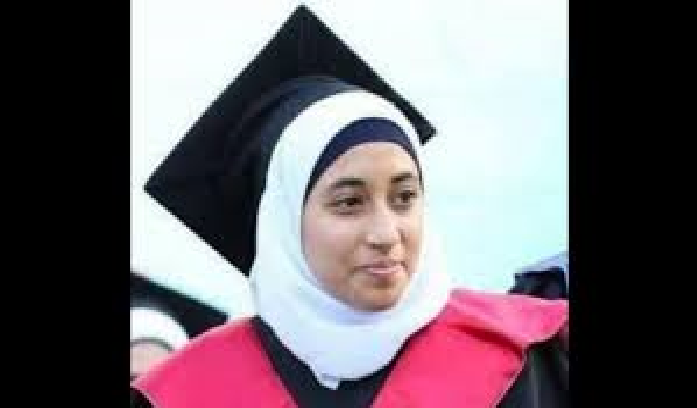 After the Palestinian Preventive Security issued an order for the release of political detainee Alaa Bashir, following her arrest during her presence in Othman Bin Affan Mosque in the city of Qalqilya in the northern West Bank, Twenty-five members of the security forces arrested her without giving any reasons or highlighting an arrest warrant, the Israeli occupation arrested her directly, also without warning.

The defense team indicated to the public opinion that since the appointment in this file, they were able to attend the first investigation sessions on 12/05/2019, In which the detainee Alaa denied any relationship with the charge that investigated, inciting racial strife, adding that the defense attending the investigation session after a hard effort as stated in the first defense statement issued in this regard.

The director of lawyers for justice (Mohanad Karajah) said: that the Israeli newspaper (Yedioth Ahronoth) quoted a senior Palestinian Authority official as saying that the arrest of Alaa was against the backdrop of planning to carry out a bombing attack in Tel Aviv as a request from ISIS which aroused the ire of the defense committee of Alaa, especially since the results of the final investigation were not disclosed by the competent court. ”

“Lawyers for Justice”, which defends Alaa Bashir, said in a statement that “Alaa Bashir was re-arrested on June 13, despite the decision to release her, they also requested to extend her detention for 15 days for the second time, for a total of 30 days, on charges of inciting racial strife, which constitutes an attack on the rule of law and interference in the work of the judiciary.

Karajah pointed out that Alaa is suffering from the effects of her long hunger strike in the PA prisons, and there is no competent body considering her case and health status, he also added that “All the international laws that should be considered for this issue, not only Bashir’s case has been ignored, but many cases have been concealed for political, religious, racial, etc.” and Alaa al-Bashir was one of the cases that Israel ignored for political reasons without clear evidence, and till now Mohanad Karajah her lawyer is trying to grant Alaa her most basic rights under international law, but there is no response.

Bashir was arrested on May 9 from inside the Othman Bin Affan Mosque in one of the villages of Qalqilya while she was preparing lessons of memorizing the Holy Quran during the month of Ramadan, This was after 25 members of the security forces raided the mosque without obtaining a warrant and without providing her or her family the reasons for the arrest, the Israeli occupation tried to escape from its status as an occupier of the Palestinian territory by attempting to justify its existence as an administrator of the occupied territory, based on that Israel has resorted to military orders to verify its hostilities, using the pretext of its “military purposes” to violate international humanitarian, human rights and UN Security Council resolutions.

After signing up for Oslo in 1993 Israel issued thousands of military orders to consider its plans to consolidate its control over the occupied territories so any administrative detention comes from Israel represents by the preventive security, and the problem in this case is the lack of health care to be provided to detainee Alaa al-Bashir, according to Palestinian lawyer Muhannad Karajah.