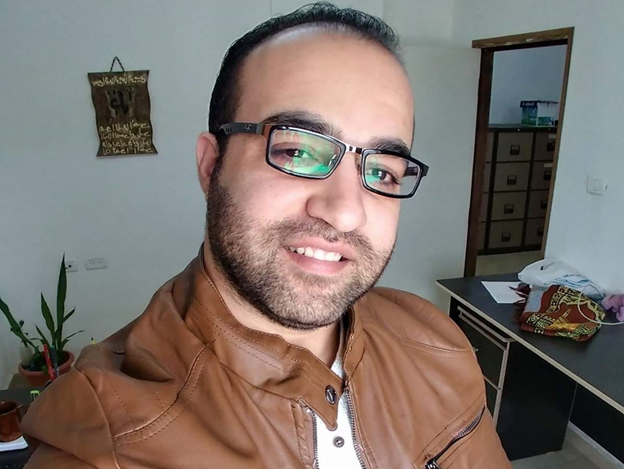 Mohammed Nathmi Mohmoud Abu-Hasan, a journalist arrested by the Preventive Security in Tubas, from his workplace where Mahmoud works as a public relations manager in an electricity company in Tubas.

Abu-Hasan was presented to the Public Prosecution on 14/10/2019, the second day on 15/10/2019 his detention was extended for 15 days for possession of a weapon without a license, and then he was transferred from the Preventive Security headquarters in Tubas to the Preventive Security headquarters in Ramallah 17/10/2019, then transferred to the Public Prosecution on 22/10/2019 on charges of collecting and receiving funds, all the investigations were in the presence of lawyer Muhannad Karajeh, and the interrogation was about his work and journalism in one of a Palestinian newspaper, His detention was extended for another 48 hours on 24/10/2019, and then brought to Ramallah Magistrate Court, then his detention was extended for 15 days without taking his activity, journalistic work, family circumstances seriously, and the fact he’s a human rights defender.