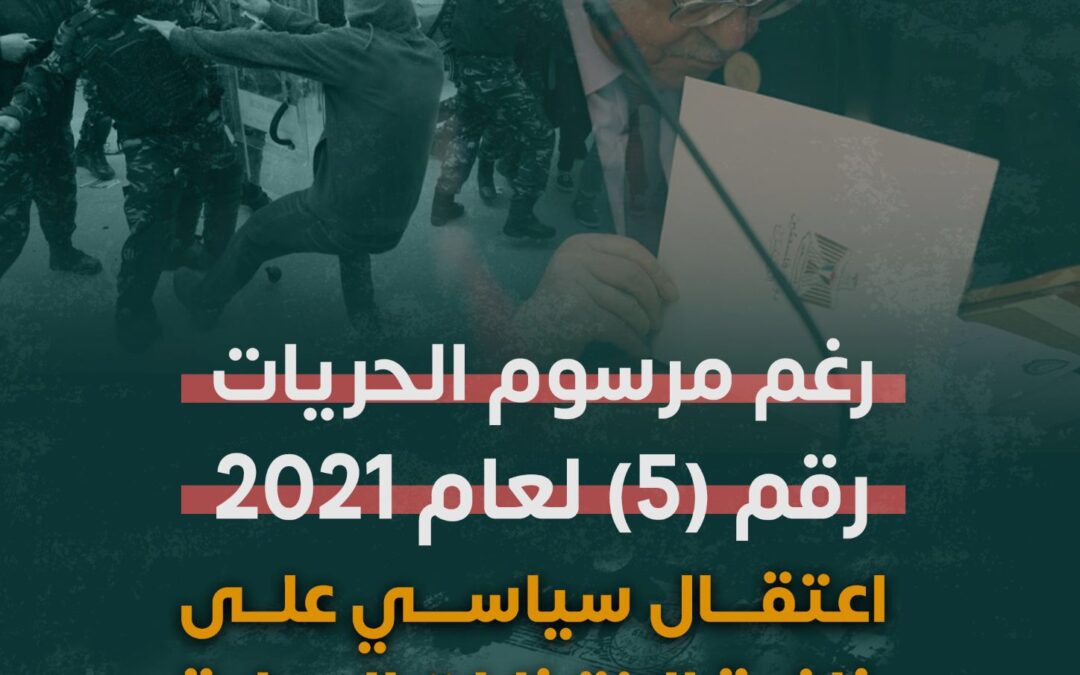 The Lawyers for justice group monitored human rights violations against the activist (M.S) from a village in Ramallah during his arrest due to his participation in the local elections that took place in December 2021.

According to M.S, he was interrogated in Ramallah court for “possessing a weapon” during his 13 years detention. Most of the investigation dealt with the participation of one of his relatives in the winning list in the village and ” the role of the activist in forming and mobilizing the list”, in addition to the investigation about the activist’s participation in the “Great Down” youth campaign.

The group documented that M.S was beaten on the head during his transfer from Ramallah prison to Jericho prison after seven days of his arrest. On the other hand, he went on a hunger strike for the first eight days in protest against his political arrest.

In Jericho prison, he was interrogated almost daily, and the intelligence service prevented his family and the advocate of Lawyers for justice group from visiting him during his detention.

Accordingly, the group condemns the beating of the activist”M.S” during his arrest which violates human rights and puts his health and safety at risk. The group also condemns the arrest of the activist due to his participation in the local elections, in contravention of presidential decree No 5 about the promotion of public liberties, especially the freedom of electoral participation without harassment or restrictions.

Lawyers for justice group calls on local and international human rights institutions to pay attention to what political detainees are subjected to from torture and violations inside the prisons of the security services against the background of opinion, expression and political participation.