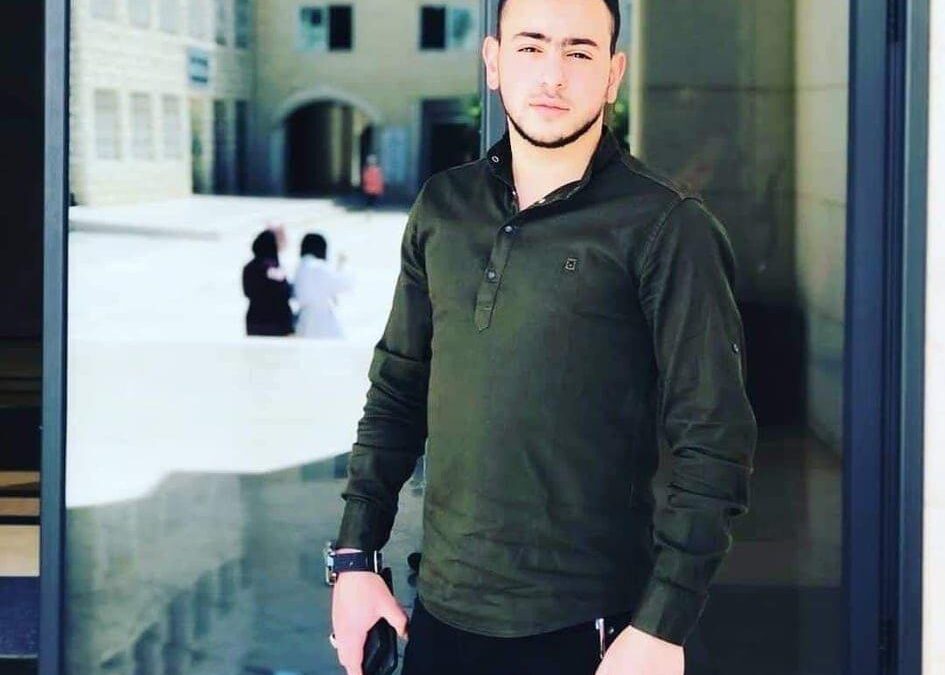 Within 20 days, the security forces arrested the student at Hebron University, Baraa Ghazal, twice, on the grounds of his student activity at the university, which is his right guaranteed constitutionally and academically.

Going back, on March 24, 2022, from the Bab al-Zawiya area in the city of Hebron, the Preventive Security forces arrested Baraa Ghazal and two of his fellows without presenting any legal arrest warrant, and without any clear legal justification.
Again, at dawn today, Sunday, April 17, 2022, the Intelligence forces re-arrested Baraa Ghazal from his home in the city of Hebron, with no legal justification being clear until now.

A Lawyers for Justice issued an urgent appeal to the Attorney General for the immediate release of student Ghazal, and the need to take a serious stand against the prosecution and arrest of university students against the background of their student activities, which is their right.