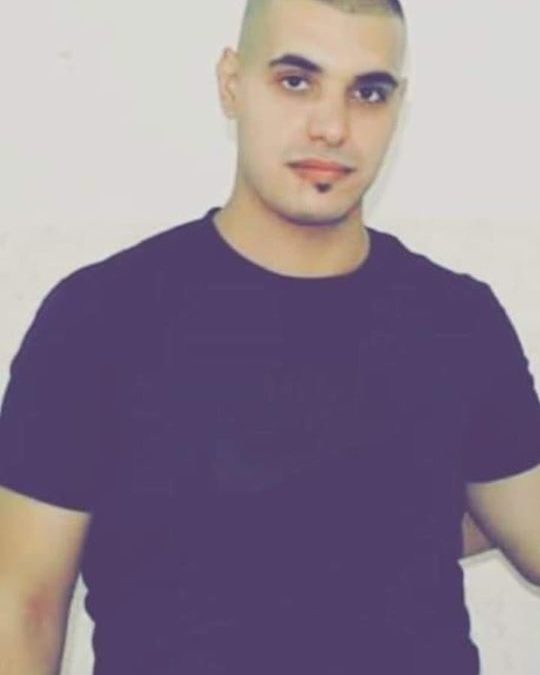 Lawyers for Justice expresses its deep concern at allegations of torture and miss-treatment received by the Political Intelligence Detainee in Ramallah, Hamza Dar Abu Rabee (20 years old), who is a resident of the Western Farm in Ramallah.
In details, the General Intelligence Service arrested the young man, Abu Rabi`, from his workplace in a restaurant in the city of Al-Bireh on Sunday, December 22nd, knowing that Abu Rabi` is one of the wounded and is listed on the list of the wounded of the uprising, and he suffers from several diseases.
On the day after his arrest, Monday, December 23, Hamza Dar Abu Rabi ‘was presented to the Public Prosecution office in Ramallah, and by him the office of “Lawyers for Justice”, where Hamza raised before the Public Prosecutor allegations of torture and miss-treatment, as he said by hanging his hands on the wall. And prevented him from taking a shower, as he suffers from a skin disease that necessitates his daily bathing, and his medications were only available on Monday evening, December 23, after his father was allowed to enter with his medication.
In the context of the allegation of miss-treatment, Hamza said that he was threatened with placing a wet pouch in his mouth, and was also threatened with further torture, as investigators told him, “what’s coming is the greatest,” according to his account before the prosecution.
The prosecution had charged Dar Abu Rabei with the charge of collecting recipients of funds from illegal associations, but he told the Public Prosecutor in the presence of “Lawyers for Justice” that his investigation revolved around his political activity.
On Tuesday, the Magistrate Court extended the detention of political detainee Hamza Dar Abu Rabi for 15 days at the request of the Public Prosecution.
Lawyers for Justice considers this statement a communication to the Prosecutor General to open an investigation into the allegations of torture and miss-treatment reported by Dar Abu Rabi, in compliance with the international agreements and treaties related to torture and miss-treatment signed by the State of Palestine.