Due to the absence of witnesses.. 9 trial sessions for activists were postponed and a case file was closed 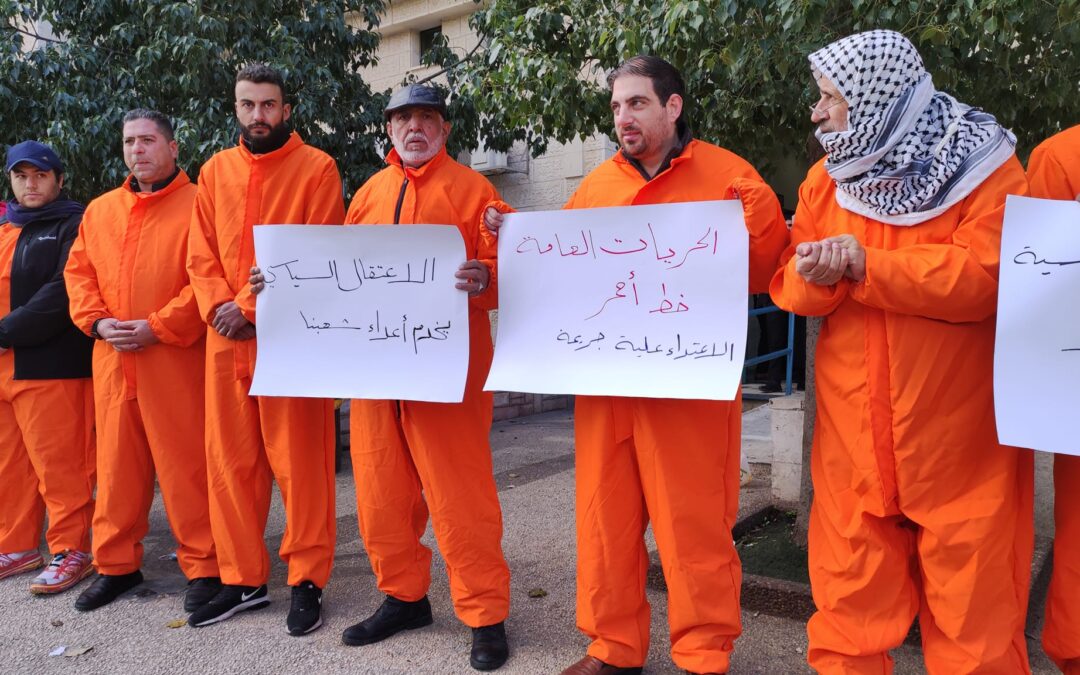 Ramallah Magistrate Court postponed nine trial sessions of activists and human rights defenders, until January 19, 2022, due to the non-attendance of witnesses and their absence from the sessions. Representatives of the Public Prosecution Office requested a time limit to confirm their positions on the evidence.
In light of the continued absence of witnesses, as the representative of the defense, the advocate of the Lawyers for Justice group petitioned the court to compel the prosecution to bring the witnesses themselves.
Although the Public Prosecution Office has previously completed all aspects of the investigation file, the group observed a delay in the court’s procedure. By accepting the request of the representative of the Public Prosecution to grant him additional time, and that the postponement of the hearing serves nothing but delay the achievement of justice.
Meanwhile, after four court sessions, the court closed the case file against activist Ghassan Al-Saadi on charges of “Defamation using the electronic network or any information technology means.”, due to the failure of the Minister of Social Development, Ahmed Majdalani in submitting his civil right to accept this case.
Here, a group of Lawyers for Justice points out that it raised in its defenses the failure of Al-Majdalani to claim civil rights since the first session of the case on July 6, 2021. But the court rejected the arguments and insisted that the activist’s trial continues till today.
Accordingly, the group stresses that the continued procrastination of the activists’ court proceedings does not fall within the standards of a fair trial.
Furthermore, Lawyers for Justice recalls that activists are prosecuted for their human rights activism and advocacy without committing any violation of Palestinian law and that their activities came within the framework of human rights agreements and the Palestinian Basic Law, which guarantees their right to expression and peaceful demonstration.