Between General intelligence and preventive and occupation.. Fahd Yassin scores dozens of arrests 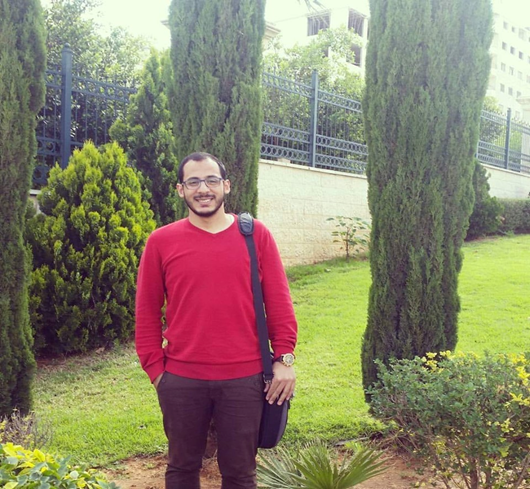 Without an arrest warrant, with a police manner, the Palestinian intelligence service arrested Fahd Yassin from Tulkarm while he was going to his work, in Tulkarm to Industrial Secondary School on 17/9/2019, Fahad was on his way to school, before arriving to his workplace at 7:30 a.m., he was stopped by a public car, and they asked me to come with them.

Fahd says that the car that stopped him was not for the government, and he told lawyers for justice the details of his arrest, saying: “Someone in civilian clothes got out of the car, and said: that he was from the General intelligence service, asking me to come with him, and I told him, you have to prove to me that you are, he showed me his card with his name hidden, and I saw the logo of the General intelligence.”

On the other hand the Preventive Security Service in Tulkarm interrogated Fahed on unrelated charges, and the story was originally for someone else who was not in the investigation. Fahed points out that everything was clear to them and they knew very well that he had nothing to do with the charges that were directed at him, however, “the competition in detention and the speculation of the intelligence and preventive agencies against each other at work, prompted the intelligence service to arrest me after obtaining some information that I know, and the subject is a financial issue of union activity within the university, nothing more,” says by Fahed.

Fahd stayed 19 days without any proof of the charges against him; in addition they prevented his family from visiting, or him contacting his family and workplace, although he was a new employee and needed to justify the reasons for his absence from work.

Fahed assured to lawyers for justice that this time was not the first; Fahed was arrested in 2016 by the security services and stayed there for 51 days, At the time he was about to graduate, and he was deprived of graduation because he could not finish the rest of his credits, and after he was arrested, Israeli soldiers arrested him on 4/1/2019 and stayed for 19 months and paid a fine of 6,000 shekels, the administrative arrests did not end here, but the preventive security forces re-arrested him 40 days after he left. The numbers of Fahed arrests at the Palestinian Intelligence Service were 7 and more than 35 interviews, the first interview was in 2011 and the first arrest was in 2013, while the total arrests at the Preventive Security Service were 2 arrests, and 4 interviews, and the number of arrests in the occupation were 2 arrests and 6 interviews.