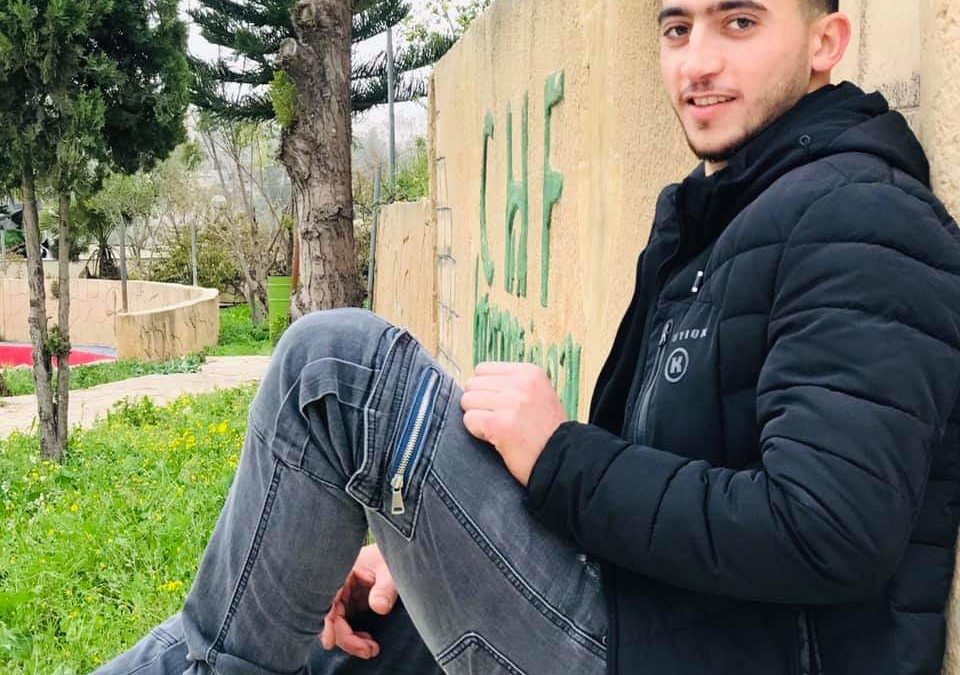 Lawyers for Justice got a decision to acquit the detainee Arqam Harsha from the Magistrate’s Court in Tulkarm, and the Preventive Security Service refuses to release him.

Today, February 24, 2020, a session was held to try Arqam Harsha’s detainee in the Magistrate’s Court in Tulkarm, where the Public Prosecution transferred the investigation file to the court and the indictment was read out. In the same session, the court issued its decision to announce that Arqam Harsha after he denied the charges in the presence of Attorney Ahmed Barham is a representative of lawyers for justice

The Preventive Security Service in Tulkarm had arrested the youth activist Arqam Harasha from the town of Qaffin due to his participation in the demonstrations, according to what his father said (that Arqam was    went out in a peaceful demonstration to participate in the funeral of the martyr Badr Harashi in Tulkarm, on the date of 9 / 2/2020 A number has been reported by the Preventive Security for the interview, and he was detained by the Preventive Security in Tulkarm, from the date of his detention until the date of 14/20/2020 was arrested illegally as he was not transferred to the court) Lawyers for Justice considered what came on The detainee’s father’s tongue is a digit that has violated the Palestinian criminal procedure law and that his arrest is in violation of Fair trial .

Lawyers for Justice considers that the declaration of innocence of Harsha or other political detainees from the insatiable apprehension assigned to them, or the preservation of their files by a decision of the Attorney General is evidence that their arrest was merely arbitrary detention due to political activity and / or union action and / or Freedom of opinion and expression, and there is no evidence linking them to the charges assigned to them. In addition, these charges against them are merely charges that the public prosecutor used to direct the above-mentioned detainees.

Lawyers for Justice launches an urgent appeal for the immediate release of the activist detainee Harasha’s without restriction or commitment, in compliance with the judicial decision issued by the Magistrates Court in Tulkarm. Thus, lawyers for justice claim the kindness of the Attorney General and human rights institutions to intervene immediately to release the detainee Arqam Harsha