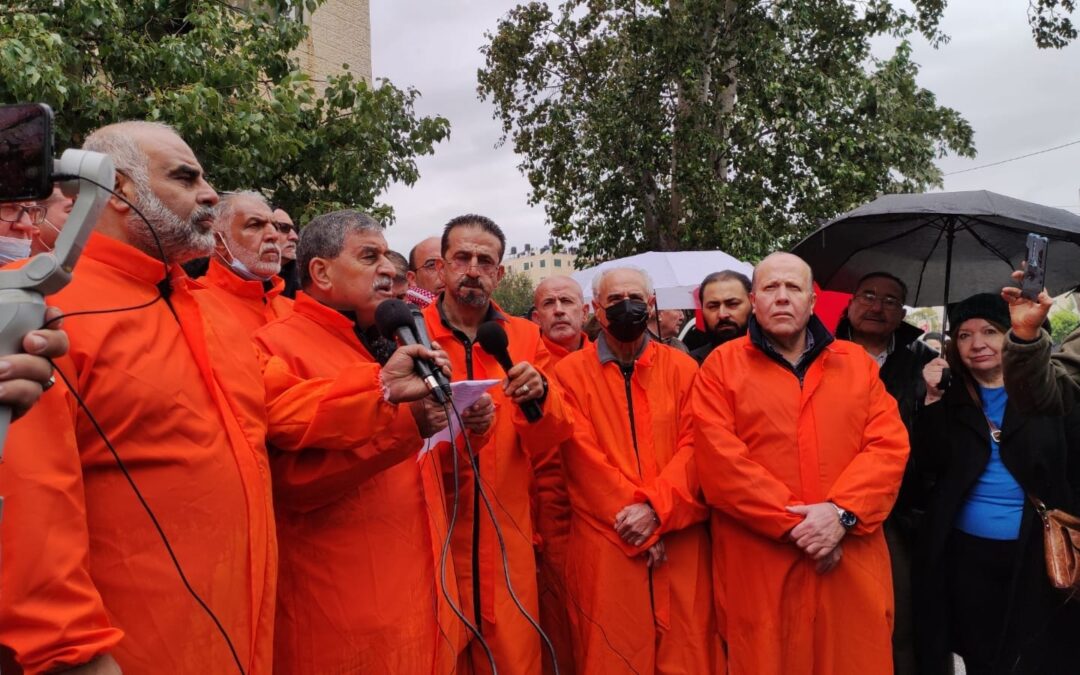 Lawyers for Justice group invites all media organizations, civil society, local and international human rights institutions to attend ten public trial sessions of 35 human rights activists and defenders against participating in the “Enough is enough” movement in 2020. And on participating in the demonstrations condemning the assassination of activist Nizar Banat in June 2021. The group confirms that attending and monitoring these public hearings contributes to fair trial standards.

Activists are being prosecuted for their participation in legal activities guaranteed by Palestinian law, freedom of opinion and expression guaranteed by the Palestinian Basic Law, and human rights treaties to which Palestine is a party. Their cases were listed under different charges, as follows: Stirring up racist strife, continuing to gather and not disperse except by force, Participating in an illegal gathering, breaching the state of emergency, and stirring up sectarian strife, defamation using the electronic network or any information technology means”.

This continued absence of witnesses, whether intentionally or because they were not informed, led to the delay in the trial, in violation of fair trial guarantees, as is the case with the “Enough” movement activists who have been on trial for more than a year.

Accordingly, as the Lawyers for Justice group pleads as an attorney for the defense of activists and human rights, it calls on civil and human rights institutions and the media to attend on Sunday 19/12/2021 at the Ramallah Magistrate Court, where the sessions begin at nine in the morning.