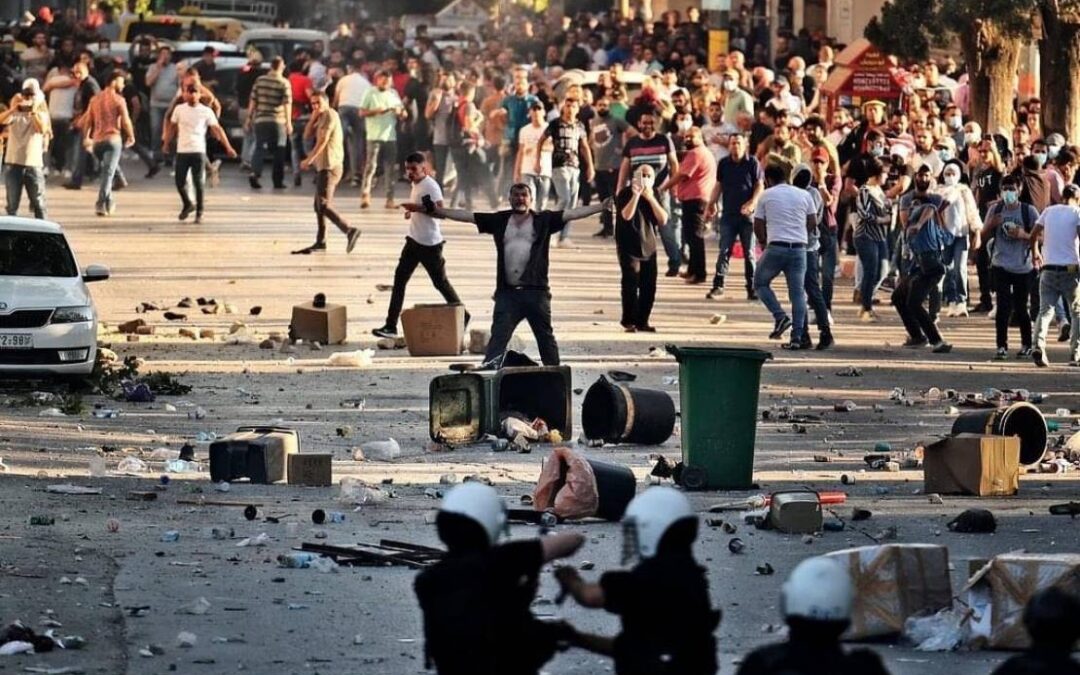 A Lawyers for Justice group followed the photos and clips from the funeral of the martyr Amjad Abu Sultan in Bethlehem, where security individuals in civilian clothes appeared to suppress the funeral participants from different political parties.
The group monitored the security forces’ practice of suppressing freedom of political action, which violates Article (26) of the Palestinian Basic Law. That states that Palestinians have the right to participate in political life either individually or as groups. They also have the right to hold private meetings without the presence of police personnel and hold public meetings and processions Gatherings within the limits of the law.
In addition, suppressing the freedom of political action, lowering the banners of Palestinian factions and parties, insulting them, and assaulting their advocates is inconsistent with Presidential Decree No. (5) of 2021. That stipulates in Article (1) the enforcement of environments of public freedoms in all the territories of the State of Palestine, including the freedom of political and national action, in accordance with the provisions of the Basic Law and relevant laws.
Accordingly, Lawyers for Justice condemns the suppression of freedoms, the prosecution of activists and citizens on the basis of their political affiliation, and renews the call to guarantee freedom of opinion and expression, and guarantee freedom of political affiliation, work, and political participation guaranteed by the Basic Law and human rights agreements to which Palestine is a party.